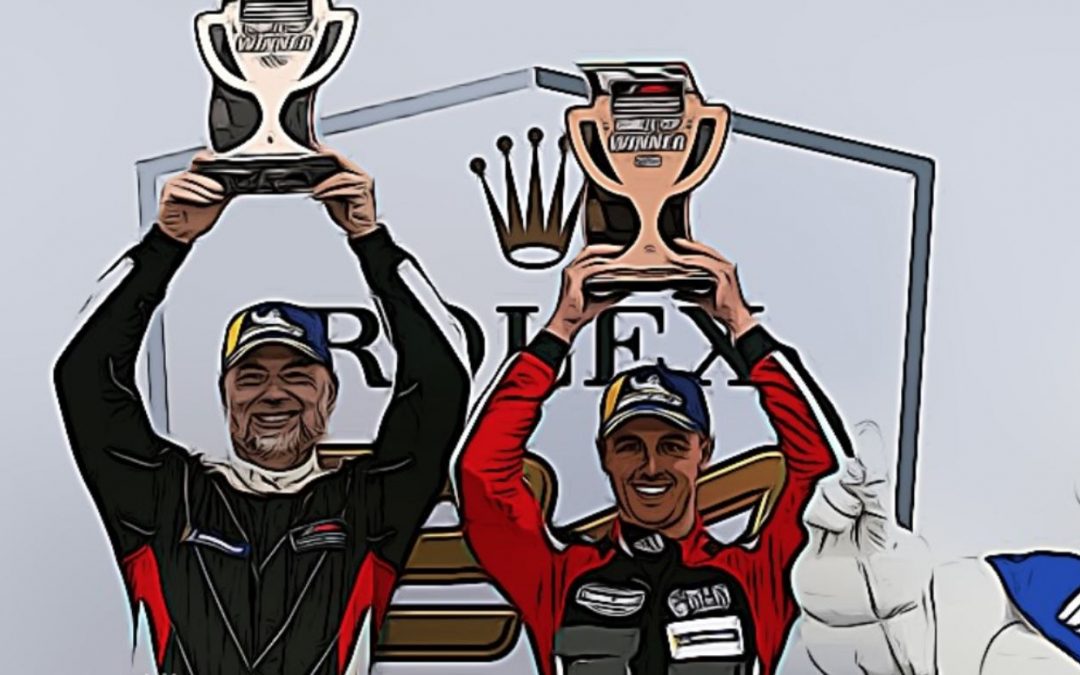 Sim Racer Academy member Steven Thomas, along with his Algarve Pro Racing co-drivers James Allen and Rene Binder, won the LMP2 Pro-Am class at this year’s Le Mans 24-Hour race. This is an especially remarkable achievement: Thomas hadn’t driven any kind of car on any type of track 3.5 years ago! He credits the use of a simulator a key to his success.

Unlike many drivers who started with simulators and then moved into real-world cars (or the other way around), Thomas began his involvement in racing with a simulator within a couple of weeks of his first time on a real track. His coach from day one, Ross Bentley, has integrated his sim training with real-world coaching and experience. 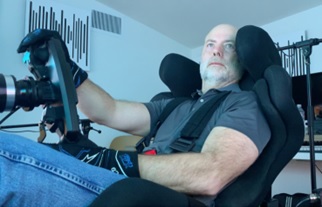 “I started in the sim and in real race cars at the same time,” says Steven Thomas. “Everything I did and do on the real track, I practice first in the sim. Braking techniques, throttle application, slow turns, fast turns, rate and amount to turn the wheel for sure, but also pit lane entry, out laps, and for Le Mans, slow zones.”

In his first season, and in addition to his use of the simulator, Bentley had Thomas driving “as many different types of cars, in as many different forms of racing as possible – the idea is to gain as much experience while learning what types of racing and cars you like the most.” Thomas participated in two different racing schools and their race series; tested a Radical SR3, a Formula 4, an MX-5; and raced a BMW M3 and Nissan 370Z in World Racing League (WRL), American Endurance Racing (AER), and SCCA sprint races. Towards the end of this first season, Bentley arranged for Thomas to test a LMP3 car at Road Atlanta, where he proved he was ready to move into that level of racing for the 2020 season.

In his first LMP3 race, the IMSA Prototype Challenge race at Daytona in 2020, Thomas and his co-driver Thomas Merrill won the Bronze Cup class. Thomas went on to win the 2020 season-long IMSA Bronze Cup Championship, while also competing in select WRL races for racecraft experience.

Thomas didn’t have ANY on track experience until 3.5 years ago. He credits the use of a simulator a key to his success.

For the 2021 season, Thomas stepped up to LMP2 competition in IMSA, taking pole position at the Sebring and Watkins Glen rounds, and winning the 6-Hours of the Glen. Once again, he also competed in select WRL races, preparing for all of these on his simulator. 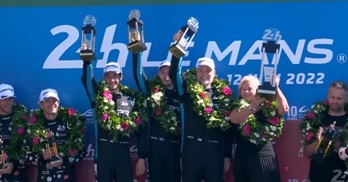 In his fourth full season of racing in 2022, Thomas is tackling both the IMSA and World Endurance Championship (WEC) in the LMP2 class. After a 3rd at the first WEC race at Sebring, he followed up with a 2nd at the Spa round, and won Le Mans (he and his teammates have since won the Monza round, as well).

While this sounds like a lot of racing experience crammed into just 3.5 years, it’s the simulator training that has made the biggest difference. Averaging ten to twenty-five hours each week, it’s not just the quantity of practice, but the quality that has led to his quick ascension to the top levels of sports car racing for gentleman drivers. Yes, Steven Thomas was 51 years old when he first discovered motorsport, drove on a track, and began simulator training.

“Everything I did and do on the real track, I practice first in the sim. Braking techniques, throttle application, slow turns, fast turns, rate and amount to turn the wheel for sure, but also pit lane entry, out laps, and for Le Mans, slow zones.”

According to Thomas, “Ross coaches me virtually on the sim, so he is able to coach me on the track I will be racing on. For Le Mans, that meant being able to work not just on pace, but consistency for long runs. It paid off. What we practiced was what I did in the race.” 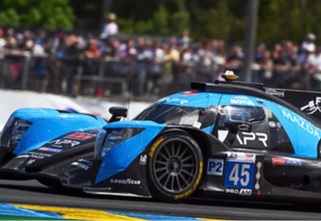 Says Bentley, “With a strategic and deliberate plan for his simulator training, Steven has been able to pack a lot of learning into a very short period of time. Even though he only has 3.5 years of actual racing experience, it’s probably equal to the experience that most drivers have taken at least twice as long to acquire. Sim training is hugely powerful, especially if you use it in a well-thought-out manner. It’s more than just seat time for the sake of seat time – Steven sticks to our plan, and at least half the time, I’m able to view his telemetry, cameras pointing at his feet and over his shoulder, and what he’s seeing on the screens, all in real-time. It’s as if I’m sitting in the car with him, coaching and giving immediate feedback. There’s just no other way to do what he’s been able to safely do in as short a period of time as Steven has. Of course, it’s taken his commitment and hard work to turn it into what he has – including a Le Mans win in his first attempt, in only his fourth season of racing.”

Unsurprisingly, Steven Thomas has also been a bit of a test subject for the resources in Sim Racer Academy. Every technique, practice drill, and coaching approach that helped Thomas go from zero to winning Le Mans in 3.5 years is available to members of Sim Racer Academy. 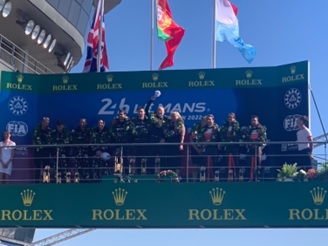