“I wasn’t on the attack. Instead, I was playing defense.”

My first race outside the Pacific Northwest was going to be the Lucky Dog Championship at Thunderhill Raceway Park in Willows California. Thunderhill was a huge mental hurdle that needed to be overcome. I tried training in the simulator and learned the turns but something wasn’t clicking with this track. I was having trouble on many of the off camber turns and was spinning and sliding too much. It gave me an apprehensive feeling before arriving at the track. Unfortunately, a few bugs with my simulator cut my sim training time shorter than it should have been. I did a track day at Pacific Raceways two weeks before the race and it helped me feel a bit sharper but in the back of my mind I knew I wasn’t as sharp as I wanted to be going into this race. Any time I go to a new track I want to over train so I feel as confident as possible. This was the first time I’ve felt under-prepared heading into a race weekend.

I had something positive happen in my personal life about one week before heading to Thunderhill that added to the mental pressure  leading up to the race. Even positive events can change your mindset entering a race and cause issues. For example, say you win the lottery a week before a big race. All of a sudden, you might feel you have more to lose or protect. The danger may all of sudden feel bigger than it did before. Racing requires commitment, and anything less than 100% commitment is the wrong approach. You need to push all outside distractions away because they are taking your energy and your mental stamina. An old coach of mine used to say “don’t be betwixed and between.” It was a way to say – If you are not sure, bad outcomes are more likely. A better approach is to “Play Fast” – to See & React. This is easier said than done when entering a corner at triple digits.

Racing requires commitment, and anything less than 100% commitment is the wrong approach.

Upon arriving Saturday my team gave me a full 30 minutes of track time during qualifying in the morning. I spent the time soaking the track in. My first impression was Thunderhill is big. We were running the 5 mile configuration and that meant 3+ minute laptimes. It was pretty easy to visually understand where you are on the track because there are plenty of landmarks. After 30 minutes of lapping my thoughts were “Thunderhill is easy to learn but difficult to go fast.”

“Thunderhill is easy to learn but difficult to go fast”

There are a lot of elevation changes and undulations that make positioning on corner entry crucial. To understand where you should position your car from turn to turn requires a much deeper understanding than simply knowing where to go left and right. The length of the track means there’s time to pick up everywhere and when you first get there it’s a bit daunting to compare your lap times to people who have been racing there for years. Right away I was feeling uncomfortable and got discouraged with my lap times. I didn’t feel like I was on the attack. Instead I felt like I was playing defense.

My first 2 hour stint on Saturday came sooner than expected. I was scheduled to go second but one of my co-drivers had a medical emergency and had to come in early which caused me to have to scramble to get ready to get in the car. Seeing one of my co-drivers have to leave the track in an ambulance was a stark reminder about the realities of our sport. I did my best but the stint was difficult. I held my own navigating traffic but could tell there was so much more lap time available. Near the end of my stint I started to get a bit more comfortable but still didn’t feel great about the lines I was taking. After day 1 was in the books, I could not believe how far off my best lap time was compared to my fastest teammate (almost 10 seconds!). The reality of how bad I was weighed me down. The clock does not lie. I was terrible.

How to Eat an Elephant

After my terrible first stint on Saturday, I needed to refocus mentally, physically and spiritually. I asked Ross for advice and he agreed that Thunderhill was a big track that needed a systematic approach. “How do you eat an elephant?” Ross asked me. “One bite at a time.”

“How do you eat an elephant? One bite at a time.” – Ross Bentley

With the advice from Ross ringing in my ears, I spent that evening going through the track in my mind corner by corner and watching video to see where I could pick up time. I tried to flush the day and wake up with a fresh approach for Sunday. I couldn’t expect to be on pace at a large, technical track like this right away when my teammates had raced here multiple times. With my corner by corner approach, I felt better just a few laps into my Sunday stint. And the lap times started coming down. Once I got into my groove, I actually beat the lap time my fastest teammate had set the day before. Just one day prior this would have been unthinkable. Impossible. But again, the clock doesn’t deceive and I had dropped over 10 seconds from my best time on Saturday. What did I learn? Don’t get discouraged when you feel like you are stuck. Reset your mind and when you need to, come back the next day and re-attack the problem.

We did not win the trophy the team was seeking on Sunday, but we did get an exciting end to the season.  We chased the first place team down to the final lap and finished less than 2 seconds behind. It’s a reminder than even in a 8 hour endurance race, it can all come down a few extra seconds in the pit lane. Personally, I gained something better that a first place trophy, I gained the confidence to get out of my comfort zone and keep pushing even when things look bleak. This is a lesson I will apply to my sim racing and training moving forward.

Don’t get discouraged when you feel like you are stuck. Reset your mind and when you need to, come back the next day and re-attack the problem. 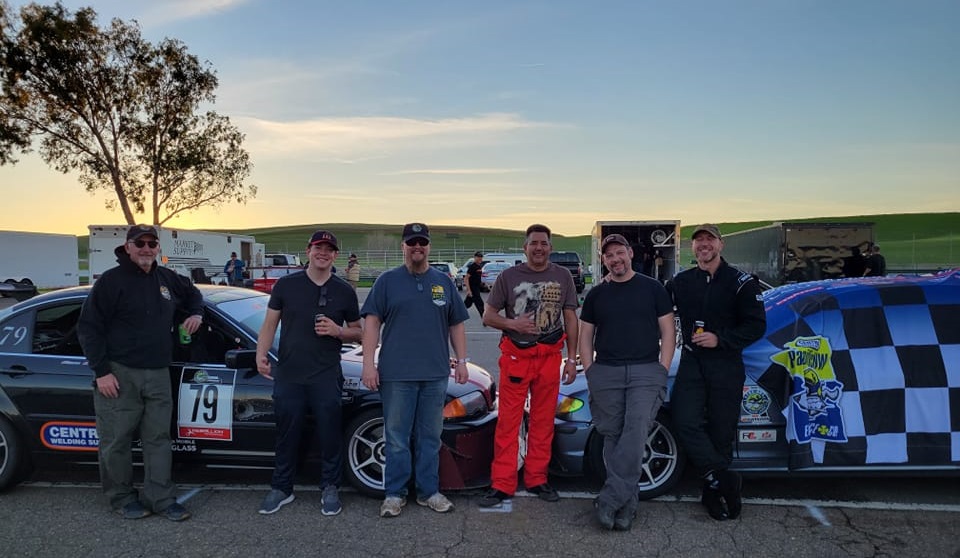