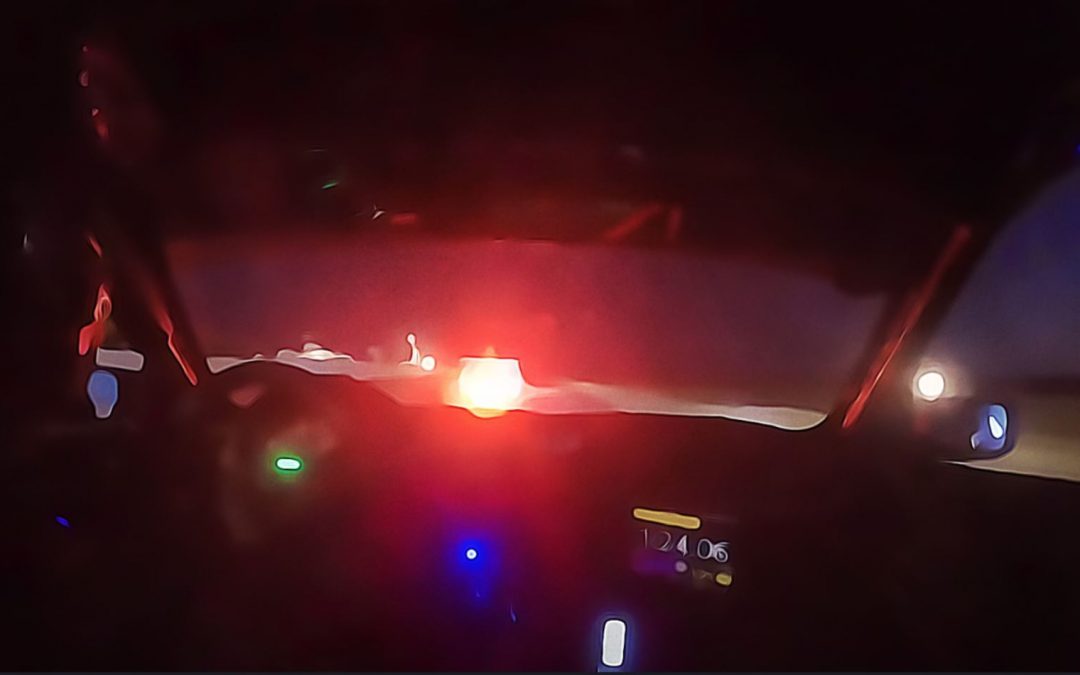 24 hours. It is a long and short amount of time. It seemed to drag the first 8 hours. But then it seemed to blink by faster and faster. 8 becomes 10. 10 becomes 12 and you’re halfway there. That’s a scary moment. Halfway. Now the brakes are so hot you could fry an egg on them, or your skin if you get complacent. From one driver change to the next. From one problem to finding a solution to the next. Sleep. Sleep was hard to come by. Imagine trying to sleep in a tent next to an airplane runway. A few minutes snatched here and there. Mostly a dreamscape of near misses, smoked tires and under achieving brake pads. Glowing red rotors and snippets of temper tantrums. The clown car antics of a driver change blended in to the calm of waiting for the next one. The smell of gasoline and exhaust was thick in the air. The blinding lights of the car behind you in the dark. The shake of the car under heavy braking. Knowing you can no longer drive flat out and just have to put laps in to keep your position. Don’t damage the car further. Keep the tires alive. Keep the brakes alive. Thank god for zip ties and duct tape. You have a team depending on you to take the checkered flag. It doesn’t matter if your time Lap time is 2:04 or 2:45. Just keep going around. Give everyone who comes up behind you a wide berth but they can’t see you point them by at night. Don’t be the guy who ruins it for the team. It’s a team effort. It couldn’t be done with out like minded people who are there for the same reason as you. 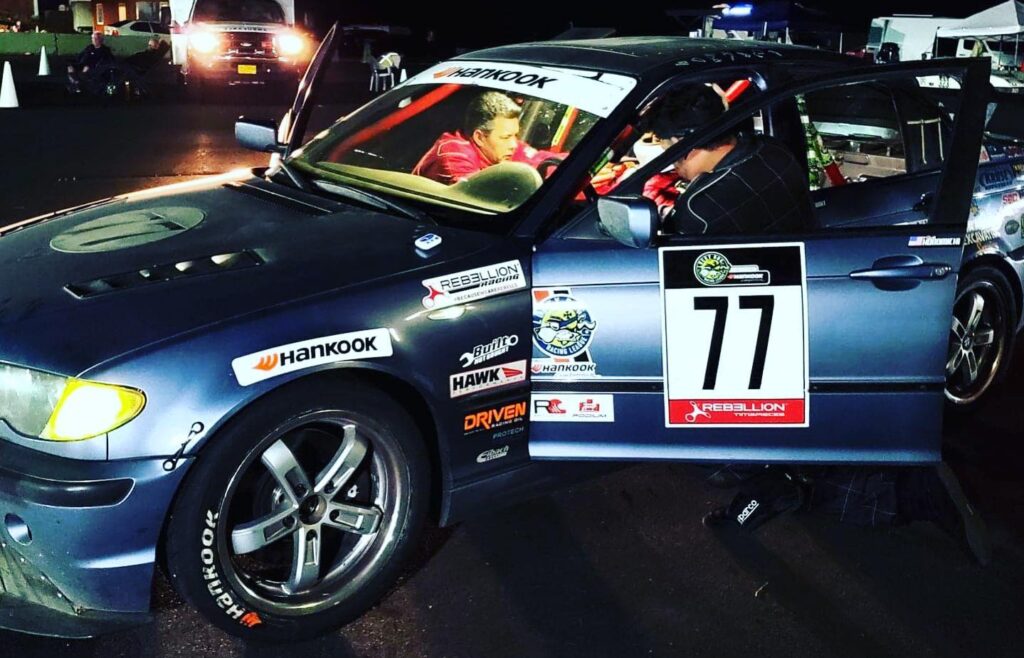 “You have a team depending on you to make it the whole 24 hours.”

I was able to get a community created version of the track loaded in rFactor 2 and I drilled it for over a month before ever arriving at ORP.  In addition, it was crucial to run at least one track day before racing at ORP because it is an exceedingly difficult track to learn. As ORP President and owner Bill Murray said during a ride-along training lap – “If there was ever a track to crawl before you walk, and walk before you run, this is it.” Just from running laps in the simulator, I was worried about being able to learn this track. Many parts of the track look extremely similar and if you lapse in concentration at all, it’s easy to lose place of where you are on the track. The many blind corners and elevation can cause big problems if you do lose your place. Experienced racers describe ORP as the Pacific Northwest’s Nordschleife and that invocation can make you break out in a cold sweat just hearing it.

The simulator preparation was a huge help so when I arrived at the track I at least had a visual reference of where to go. One trick I used was to run an equal number of laps at night in rFactor to really know where I wanted to place the car every step of the way around ORP without much visual reference. In real life, the elevation changes and track undulations had to be learned, but the lefts and the rights were pretty much spot on so I got up to speed very quickly. In person it was easier to pick out reference points and zero in on brake release points.

“If there was ever a track to crawl before you walk, and walk before you run, it’s Oregon Raceway Park.” 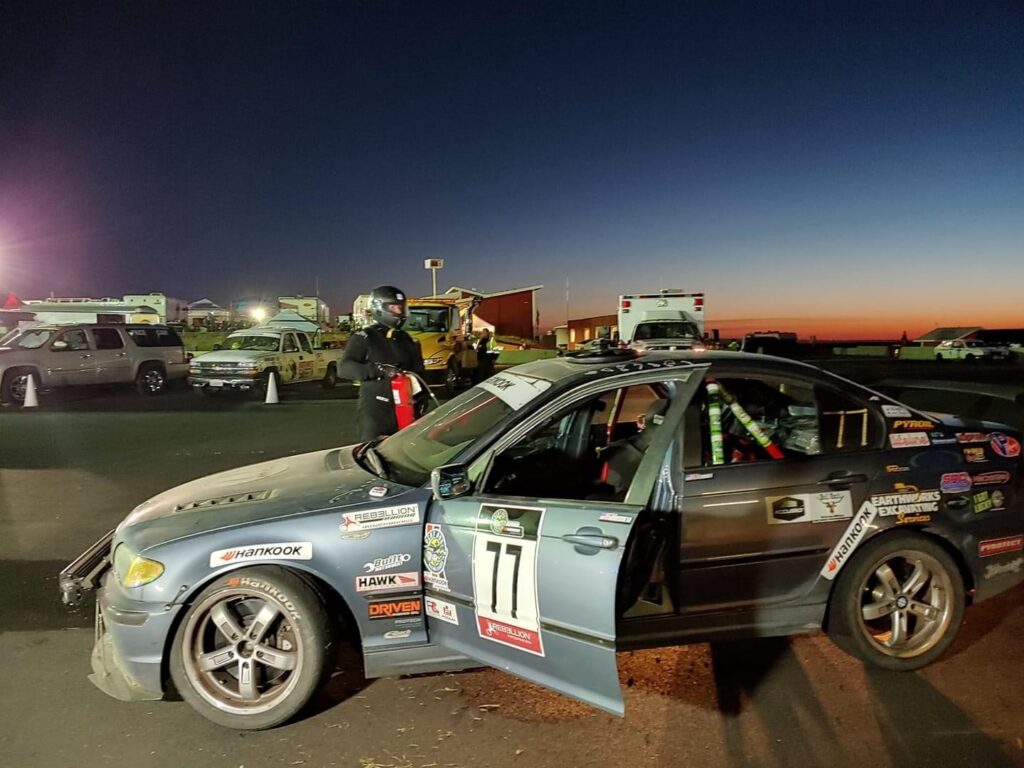 A high level athlete friend of mine who does not race asked me a “What happens if another car causes you to wreck?”. When I get into the car or race on the simulator, my mindset is that I am in complete control, and anything that happens in the car is to my credit or my fault.

“The Locus of control is a psychological concept that refers to how strongly people believe they have control over the situations and experiences that affect their lives.”

By taking complete responsibility over what transpires on the track, I find that I am able to avoid negative situations & outcomes that others might call “out of their control.” From my experience racing in iRacing, those that blame others and believe things are out of their control tend to wreck a lot more often. You can see that many rookie iRacers tend go “full send” when they see a car in front of them start to slide or wreck. Needless to say, this is the wrong approach.

So what happened in the actual race? My first stint was in the late morning and the car felt great. After 4 or 5 laps, I got black flagged and I had no idea why. My team signaled on the radio that I was leaking oil. I brought the car into the pits for a check. Turns out, the cool suit cooler ice was leaking water so we got the all clear to get back in the race. Small problems like this can make a huge difference in the final result but you have no choice but to put your head down and drive hard.

As the laps clicked by, I was getting more and more comfortable with the car and track; trying to push the car a little more each lap. The only hairy moment came about an hour into my stint when I pushed too hard around the final turn that leads on to the front straight. I went in a little hot and pushed wide on the exit. That put my front right tires onto the tall curbs and unsettled the car. The front of the car whipped around and for a moment the nose was pointing ominously towards the inside wall at well over 100 MPH. Quick hands allowed me the catch the rotation and I was able to straighten the car out and continue down the straight. This may be one of the very few spots at ORP where you can total a car so this slide woke me up like 10 cups of coffee going straight into my veins. I was able to gather myself and work my way back up to speed but I stayed wary of that corner the rest of the race. Once the day stint ended and I tried to rest so I would be ready for my night stint. 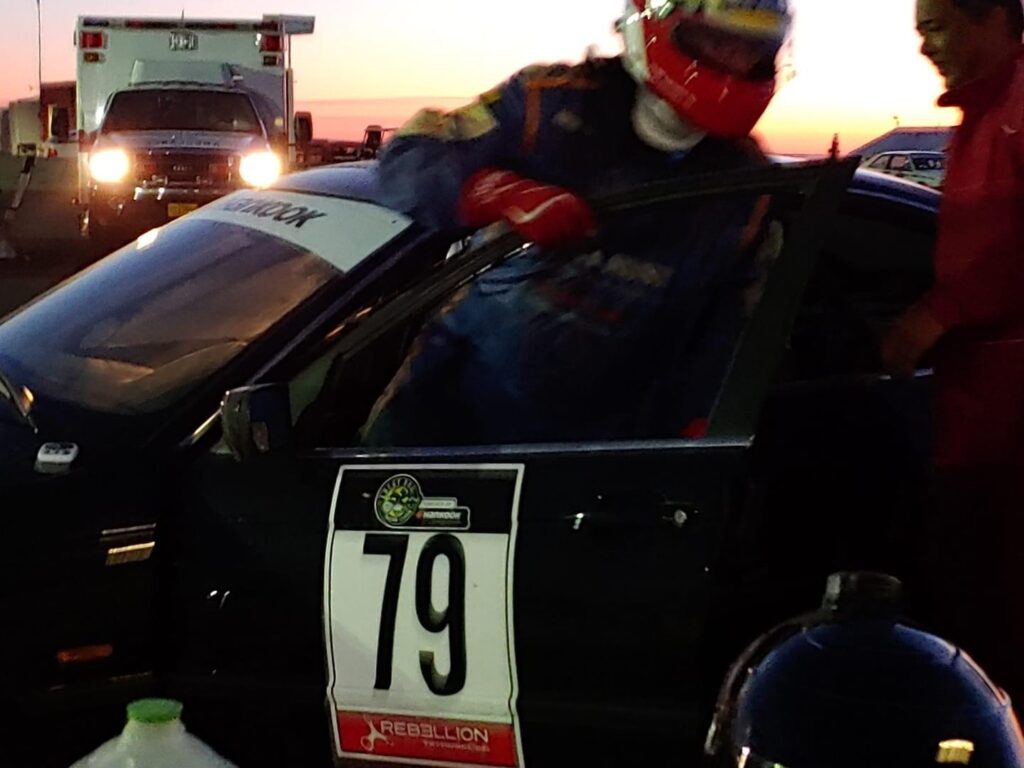 I have never raced at night so I was concerned that my vision would be restricted and the headlights from other cars would blind me. I started at 10pm so there was still some light on the track as I took my first laps. However, shortly the only light I was seeing came from the flood lights of all the cars on the track. Racing at night was surreal. It was very difficult to tell the distance of cars behind. The pockets & dips of the track would create shadows and that was one way to gauge how far a car was behind. When racing during the day, I try and create a mental map of all the cars on the track, in front and behind. But at night, this was much more difficult, so I just concentrated on what was in front of me and only worried about cars behind when they were right up on my bumper. As cars kicked up dust off a few corners the dust would stay in the air and look like thick fog as the bight lights hit it. You hold your breath as you drive into the dust not knowing what might be beyond. The car tires were getting worse and worse as I got more and more comfortable with the lack of vision. By the middle of the stint I was sliding around many corners, just searching for traction. I tried telling my team to call me in because the tires where shot. They radio’d back that I needed to last 30 more minutes before we could do a driver change. It was a roller coaster of a final 30 minutes.

When I was almost ready to come in there was a major wreck and a subsequent full course Red Flag meaning that all cars needed to safely stop on the track. I had been setting up a pass on a similarly quick orange Volvo and right as I was making my move on the front straight the Red Flag started waiving. The Volvo slammed on his breaks at about 115 MPH and I was inches off his rear bumper. I was able to narrowly miss him to the left because I was already starting my pass right when he slammed on his brakes. It was a very close call, but no harm was done. After the red flag ended, I brought the car into the pits and relief washed over. Now it was up to my team to bring us to the finish.

Our final driver was Bill and our team cars were running #2 and #3 and still in decent mechanical shape. The tires were fading on both cars so the main message from our team captains was just stay smooth and bring the cars home. Both made it to the end and the tires were so shot the 79 car popped a flat on the cool down lap after passing the checkered flag. The 24 hours were complete, and we had brought home two trophies! 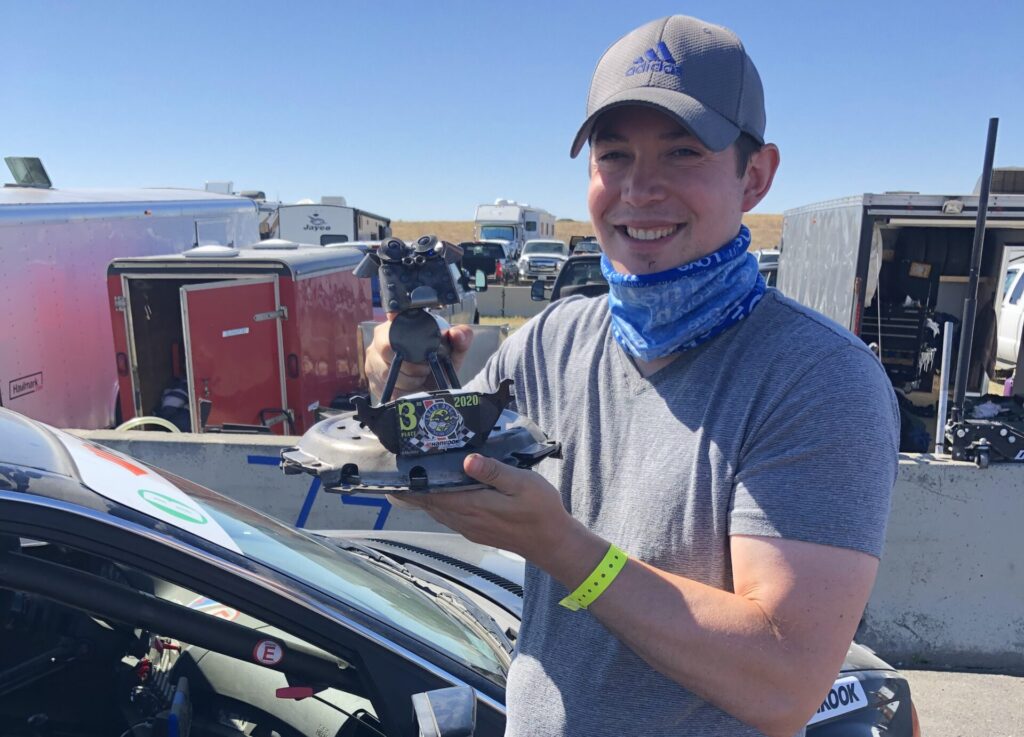