What Happens When Sim Racer Goes Wheel to Wheel in Real Life? 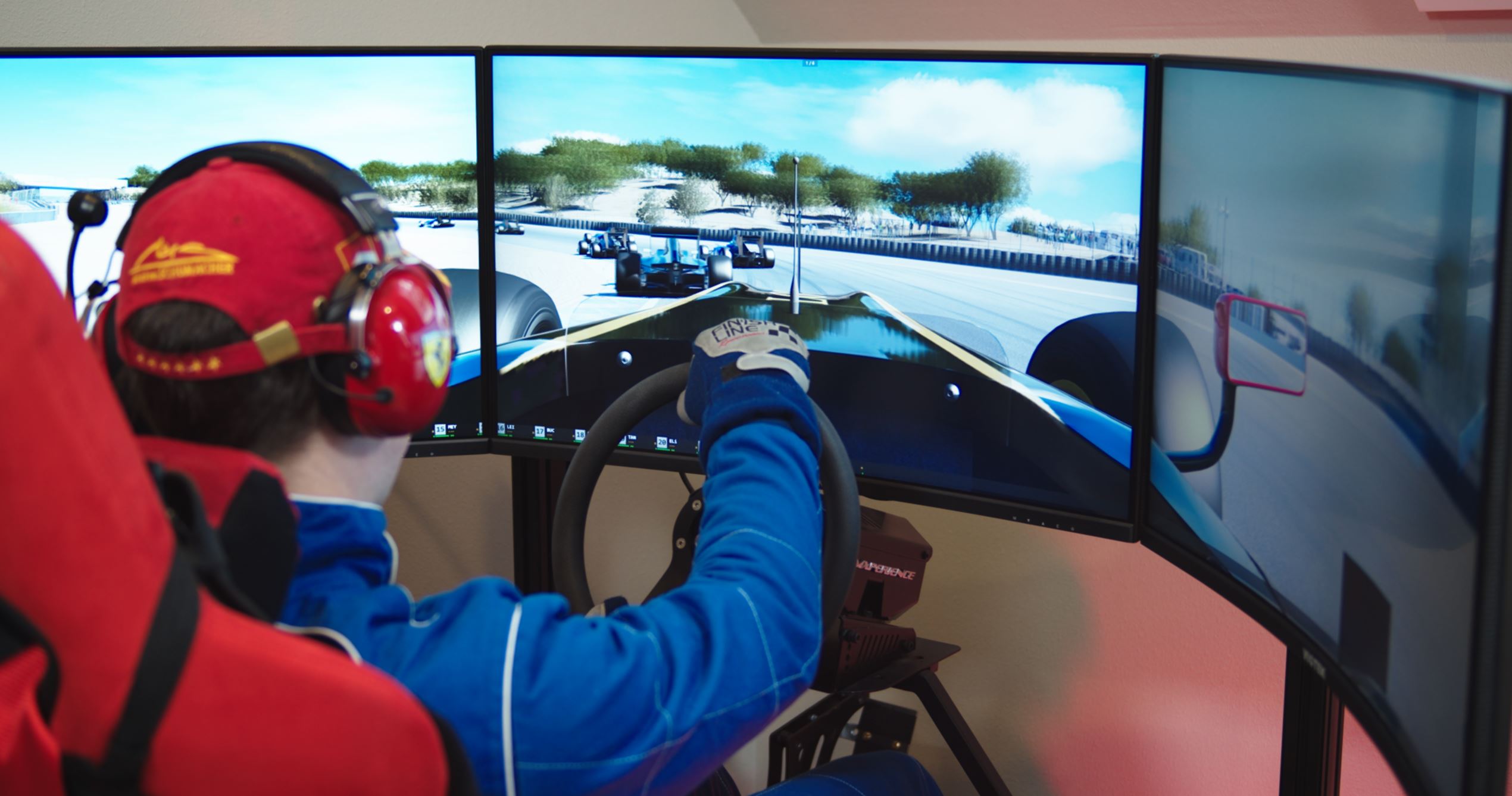 Pretty much my whole life, I have been dreaming about going racing. On a perfectly rainy weekend in May 2020, that dream finally came true with my first race in the Lucky Dog Racing League. It was a multi-day event with a 6 hour race on Saturday and an 8 hour race Sunday. The promise of ample seat time at my home track Pacific Raceways in Kent, made this the perfect event to put aside my fears and jump with two feet into the deep end of the pool. I only knew one member of my four man team before showing up for a test and tune day on Friday, so I wanted to make a good impression. My goal for the weekend was to get familiar with a race-car I had never driven and to instill confidence in my team members that I would bring it home safe. My first few laps in the car were a bit disconcerting, I didn’t feel comfortable with my seating position and was incredibly cramped inside the car. My racing suit felt too tight, the Hans device was restricting my ability to move my head and the lack of dead pedal made my feet feel like they were not anchored to anything stable. Near the end of my test session I was starting to feel a bit more comfortable but could tell this was not going to be in the same universe as sitting in my comfortable home simulator in an climate controlled room. 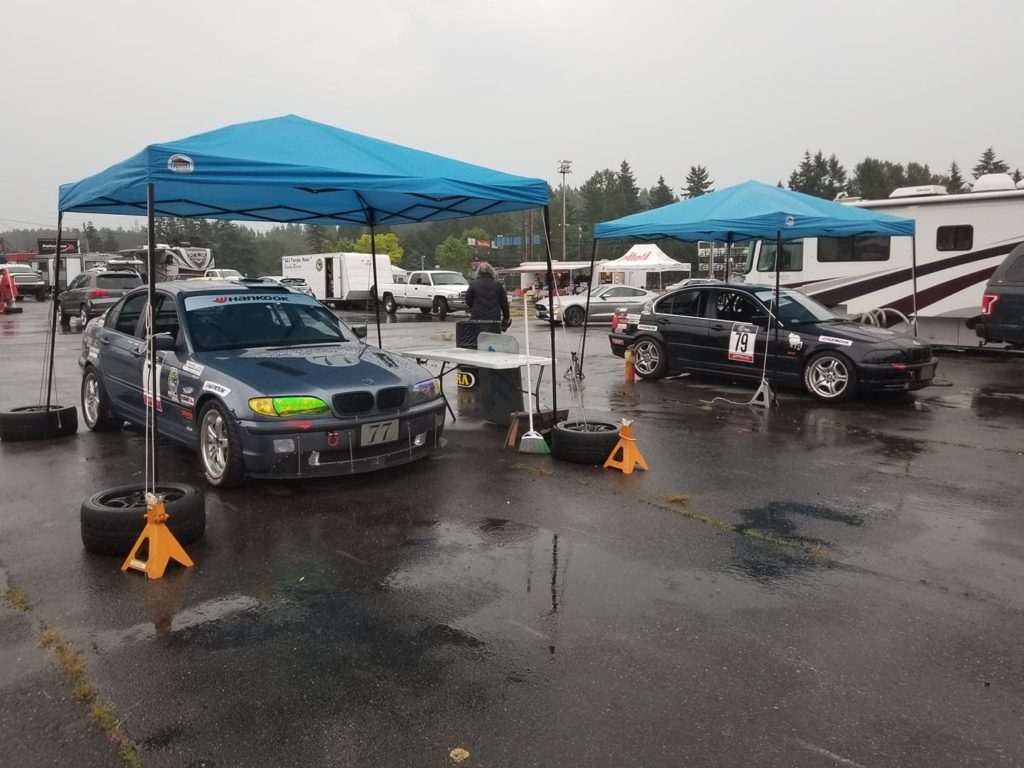 Pretty much my whole life, I have been dreaming about going racing. That dream finally came true.

So did my simulator training help me in the real race? The short answer is yes. I was able to lean on the muscle memory I’ve developed over years of sim racing. I was able to stay calm and keep focused. My team was surprised at how fast I was in the race car with such little experience. Simracing also really helped my ability to assess risk of certain passes and dicey situations when going wheel to wheel. Multiple cars wrecked in front of me and each time I sensed the danger seconds before the actual incident occurred. I can directly credit iRacing and all the aggressive drivers you encounter there to help develop that acute ability to assess risk/reward on the fly!

The weather report was predicting a rainstorm but it hadn’t started yet when I arrived at the track at 8am Saturday morning. As the skies broke and rain began to pour over the paddock, A feeling of dread washed over knowing that I would soon be not just battling my competitors but also the elements in my very first competitive event. 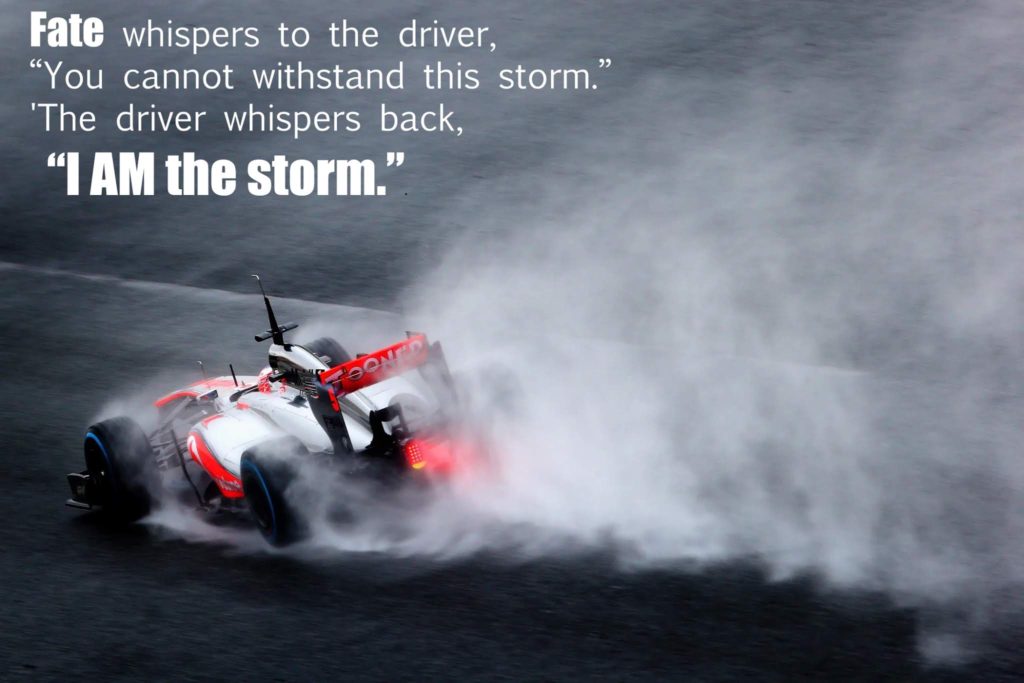 I technically became a racing driver after my first Proformance Racing School “mock” race months ago, but it wasn’t until Saturday that everything fell into place. Applying the right amount of aggression, maintaining consistent pace, trying for safe overtakes, pressuring the guy in front of me – it all suddenly felt natural. Something just ‘clicked’. After a lap I was comfortable in the car, my suit didn’t feel too tight and my vision didn’t feel prohibitively restricted. As I tried to keep razor focus over the course of the session, I kept repeating the mantra that Ross Bentley has been drilling into my head: “Eyes up, Look Ahead!”

Here are the “race thoughts” that I use to keep focused during the course of a long stint:

Not everything went as planned. About an hour into my stint I had a Porsche Boxster squeeze down on me in turn 1 which is the fastest part of the track at Pacific Raceways. I was going about 125 MPH on the inside and the Porsche took the HPDE line and cut right in front of me like I was not there. Luckily I was ready for him to try something crazy and slammed on my brakes to take as much speed out of the car as a could. Sliding, my nose narrowly missed his rear quarter panel which would have sent him spinning down the track at more than 120 miles per hour. That near miss was a cold splash of water in my face. The race thought I had been repeating in my mind just before this went down “Be quick like a cat” may have just saved me there. See for yourself in the video below —

The rest of the stint was a blur. As lap after lap passed, my throat started hurting and I was ready to come in. Working the radio was difficult even though it was just a matter of pushing a button on the stick shift. Working the wipers & using the team radio split my concentration and will be variables to get more comfortable with in future races. When I pulled the car into the pits I got nailed by a race official for going 17 MPH in a 15 MPH zone. As I got out of the car a team driver told me we were running third. I was spent.

The team had two more stints to go after me and it was raining harder than ever. There was carnage every 45 minutes or so as cars slid into the dirt (if they were lucky) and walls (if they weren’t). The final driver change went by without a hitch and we were still running strong. As the minutes counted down to race end, it was clear all we had to do to finish third was not crash. When the race ended, the improbable became reality. We had finished on the podium. Saturday was a dream come true.

What everyone kept telling me turned out to be true… anyone who gets to drive a race-car sim or real is truly #BLESSED ! 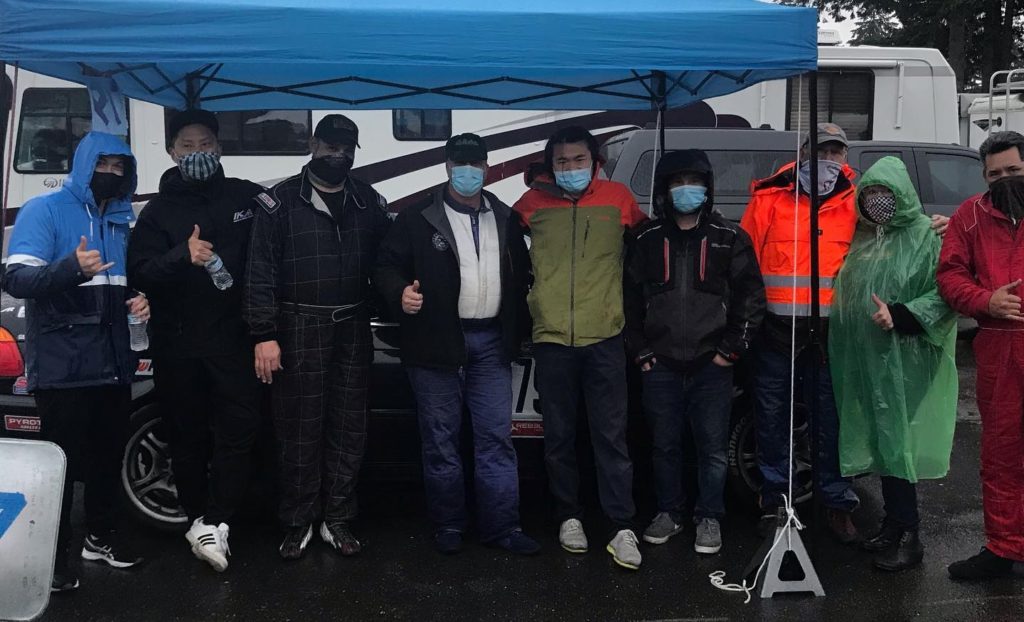 Above is the entire team (we ran the two cars) — 77 Lucky & C.T.R. The expectations have now been elevated for future races. We will try to make our success a habit! Next race is at The Ridge Motorsports Park. Can’t wait to get back out and go wheel to wheel. 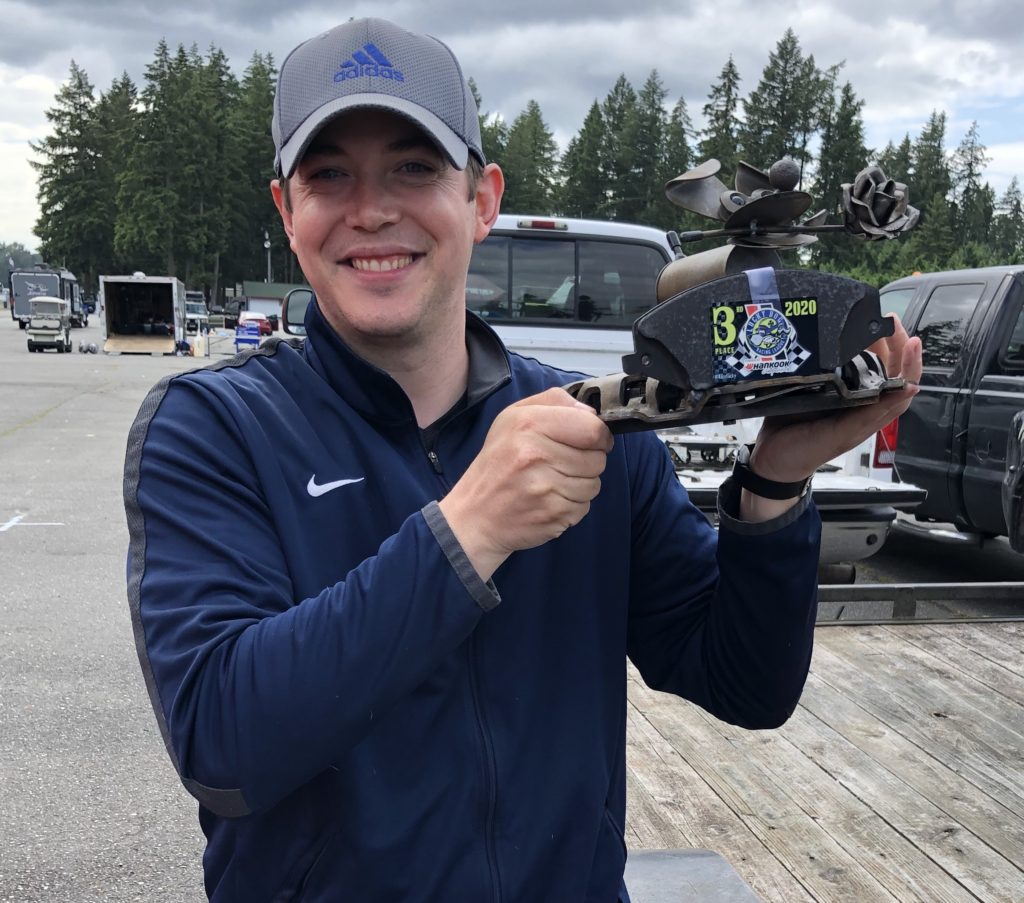