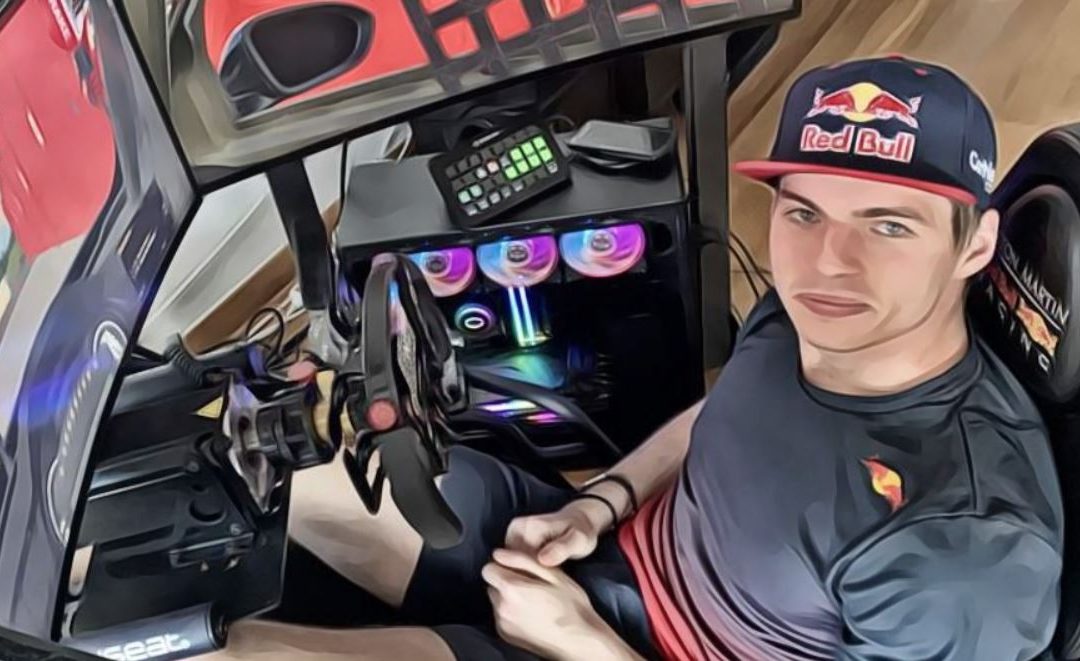 Look at anyone at the top of their game and they usually have one thing in common: They are always looking to challenge themselves.

In an interview with ex-F1 driver David Coulthard for CarNext.com, newly crowned Formula One World Champion Max Verstappen mentioned his fondness for sim racing. Verstappen spoke with Coulthard in Abu Dhabi the day after the infamous Abu Dhabi Grand Prix, where he own the World Driver Championship. Verstappen was the top driver in 2021, winning nine Grands Prix and eight additional podium finishes. He gave Red Bull their first driver championship since Sebastian Vettel in 2013, and for Honda’s power units since Ayrton Senna and McLaren won both titles in 1991.

During the conversation, Coulthard asks Verstappen about how he copes with the pressures of an F1 race weekend. Around 26 minutes in, he asks Verstappen what hobbies he enjoys away from the track, and Verstappen responds instantly with “Sim racing!”

Verstappen’s passion for simulation racing is well-known to sim racers. He’s a frequent participant in iRacing events, and he’s also been seen as the face of many events in the F1 series of games, as well as a few Gran Turismo events. Verstappen stayed devoted to iRacing during the summer of sim racing in 2020, when the world converted to virtual sport because real events were difficult to arrange.

“I do it to push myself, improve myself, to learn from them” – Max Verstappen

Verstappen has a long record of accomplishments in the virtual world as well. Despite downplaying his ability in the interview, he is a member of Team Redline, one of the most well-known sim racing esports teams. He won the iRacing Bathurst 12 Hour (with Enzo Bonito) and the iRacing Nurburgring 24 Hour (with Max Benecke and Chris Lulham) this year as part of that team. Verstappen also discusses vehicle setup and driving styles, as well as how he maintains in touch with his Redline teammates on weekends when he is unable to join them owing to his F1 racing commitments. The driver also elaborated on the immense speed sim racers have despite having no on-track experience.

“It’s very interesting to see them drive because they have no real experience of a car but, somehow, when you look at how they’re braking, how they’re controlling, it is how it should be. It’s very interesting for me to then compare myself to them because they’re naturally quick on the sim, I’m naturally quick in real life. For me, that’s another motivation, because I know that I’m confident that when I want to jump in a real car, I’ll be quick.”

It’s an inspiring interview for sim racers and shows the dedication and growth mindset from a true champion!